Our brother and bandmate Phil has unexpectedly returned home for a family emergency.  With Phil’s blessing our friend, Steve Brown, will be joining us on stage until Phil is able to return.  On with the show!

Def Leppard have premiered a new lyric for ‘Let’s Get Rocked’ exclusively on Planet Rock.

The Sheffield rock giants are currently unveiling a series of newly created lyric videos for some of their most iconic tracks and you can see the video for ‘Let’s Get Rocked’ first below.

Peaking at number two on the UK singles chart upon its release in March 1992, ‘Let’s Get Rocked’ is the opening track and lead single for Def Leppard’s multi-platinum fifth studio album ‘Adrenalize’.

This weeks program features songs from ROBERT PLANT, VEGA, IGGY POP, LYNYRD SKYNYRD  amongst others, as well as some stories from Joe!

In celebration of our upcoming box set release, we created a brand new lyric video for Hysteria! Watch below and pre-order the Volume 1 Box Set HERE

Can you handle it? 🍻

Our new Def Leppard Pale will be available at select shows and local venues now.
To find a full list of cities visit elysianbrewing.com/defleppardpale

Def Leppard Pale is what happens when a mega British rock band collides with an American craft brewery. Both fanatics of their craft, Def Leppard and Elysian are excited to blend their worlds together, music and beer. The beer was brewed to fuse the infamous malt bodies of British ales with the mysteria of Pacific Northwest hops. Def Leppard Pale will be unleashed for the massive co-headlining Def Leppard & Journey 2018 tour.

The beer can be experienced through draught or 16oz cans. The can was designed in tribute to the 30th anniversay of Def Leppard’s landmark album, Hysteria. 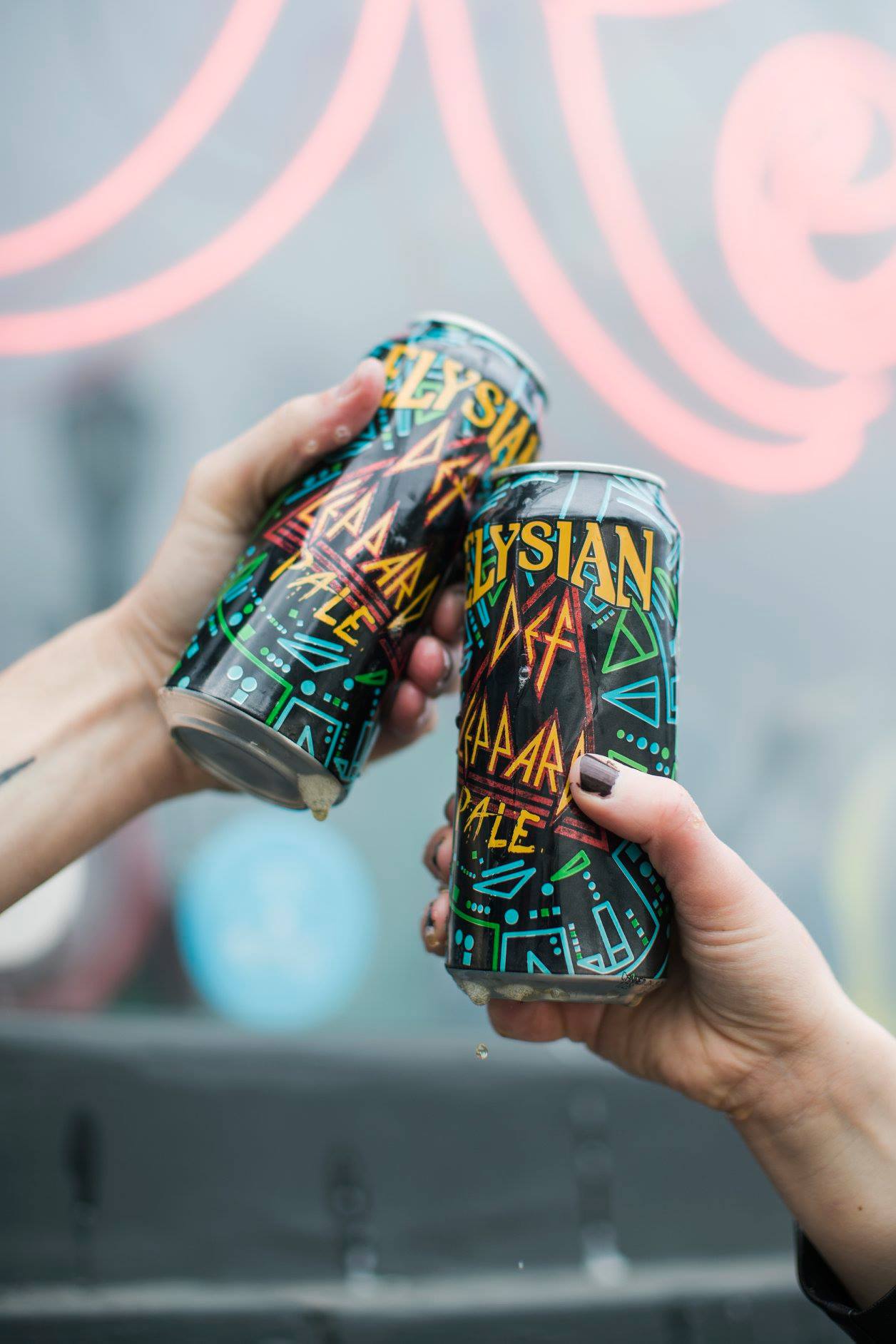 We just added tons of new 2018 tour merch to our webstore! Get yours here: https://bit.ly/2fGz2KX 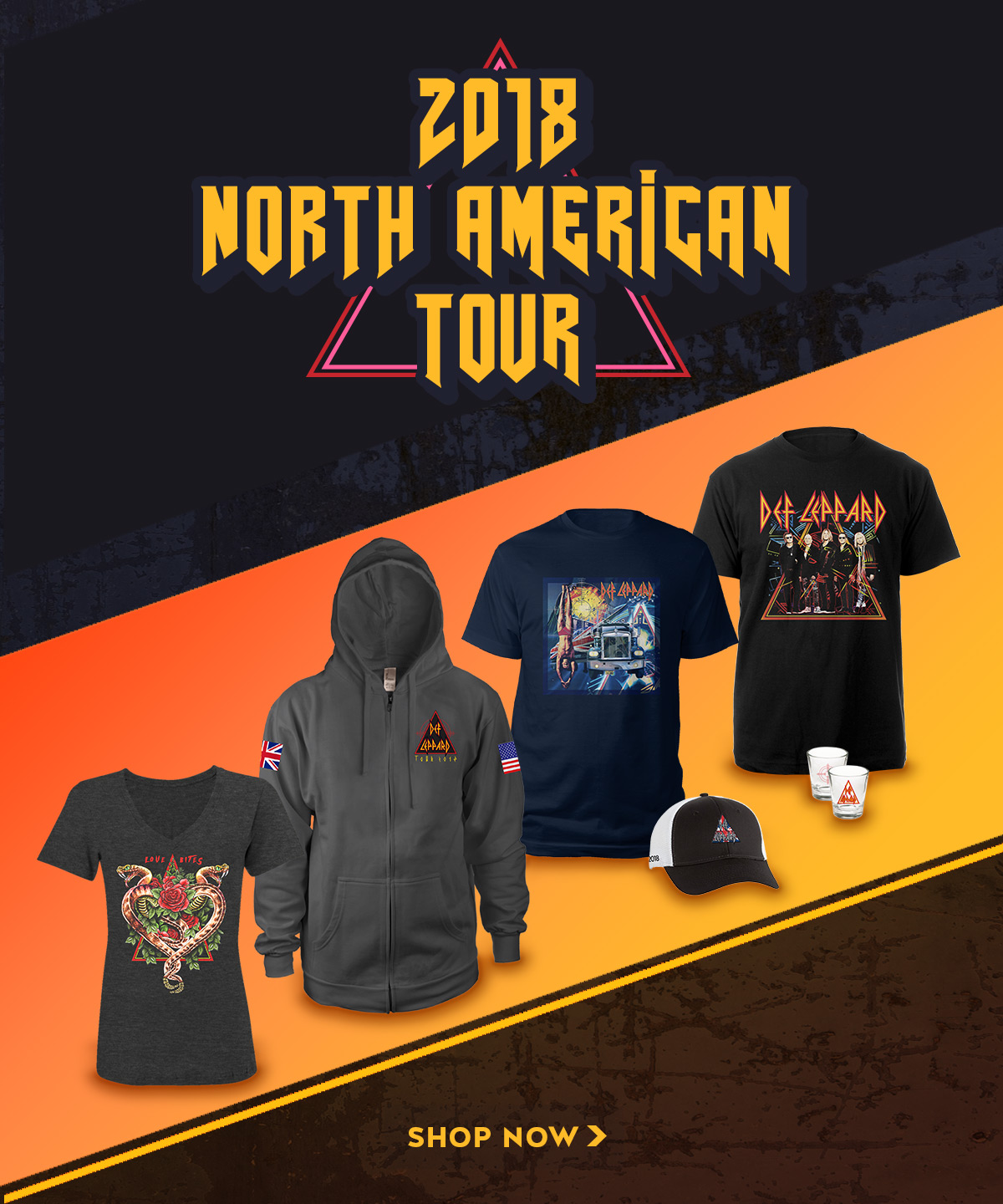 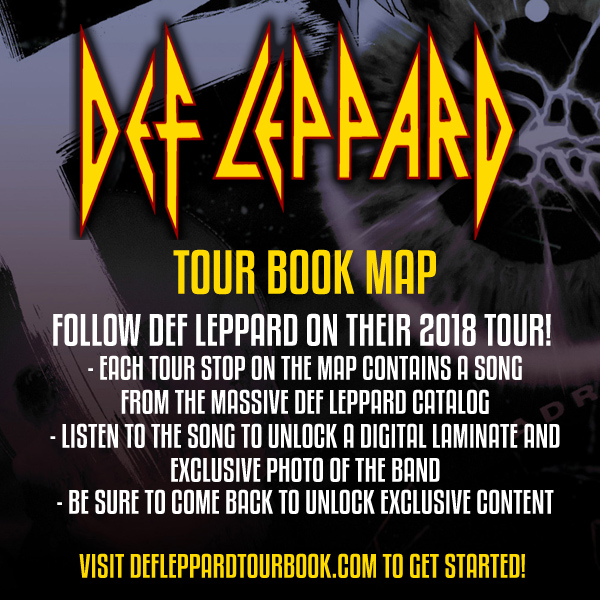 “The learning curve is the most amazing part of the artistic process.”

Phil Collen – The Brink of Midnight Podcast with John Brenkus

In this special episode, Phil takes you through his musical journey and the evolution of Def Leppard. At the beginning of the conversation, he sits down with his guitar and breaks down the creation of hits like “Hysteria”, “Pour Some Sugar on Me”, “Armageddon It”, “Love Bites”, “Rock It”, among others, sharing behind-the-scenes stories that will make 80s and rock fans feel like they’re playing and singing right in the studio with Phil.

Raised in London by parents who survived WWWII, he learned at a young age an incredible work ethic and not to take anything for granted. Those values are the foundation of Phil’s every day, whether that’s writing and recording songs, performing in arenas across the globe, being a dad, practicing martial arts, or raising awareness for causes he supports (PETA and Omaze).

Via Billboard: This summer, Def Leppard are teaming up with Journey for a massive co-headlining tour that kicks off May 21 and runs through Oct. 7. But that’s not the only collaboration the hard rock titans are embarking on in 2018: The Sheffield rockers have teamed up with Seattle’s Elysian Brewing Company to craft Def Leppard Pale (6% ABV), a brand new brew that will make its debut on May 23 (the second date of their tour) and be available at most stops on their tour, as well as select bars and restaurants.

In fact, Elliott likes it enough that he could see it becoming “the new normal to have it in the fridge,” but hardly for vanity’s sake. “We’re not going to drink it just because we put our name on it,” he says, laughing. “I don’t walk around wearing our fucking t-shirt.”

When the opportunity to work with the British heavy metal icons presented itself, Elysian Brewing Company jumped at the chance. “For our brand, our ethos is guitar, bass and drums,” Elysian CEO and co-founder Joe Bisacca tells Billboard. “It’s not ballad-y, it’s not a quiet love song — it’s hardcore rock.”

Hammered out over the course of numerous emails, Skype calls and some FedEx-ed samples that led to tweaks — “It’s like a song – you can’t rush it,” Elliott says — Def Leppard Pale reflects both the band and the brewery.

“We had the idea here that the beer should celebrate something of the band and something of us,” Bisacca says. “The best of British beer is the malt body and that beautiful malt balance. And the best thing about American beer is the citrus, piney hops. So we’ve taken those two aspects, put them together and come up with a beer you can actually drink a few of — 6% ABV you can drink all night long.”

This weeks program features songs from Sex Pistols, Jeff Beck, Mr. Bloe, The Amorettes, amongst others, as well as some stories from Joe!