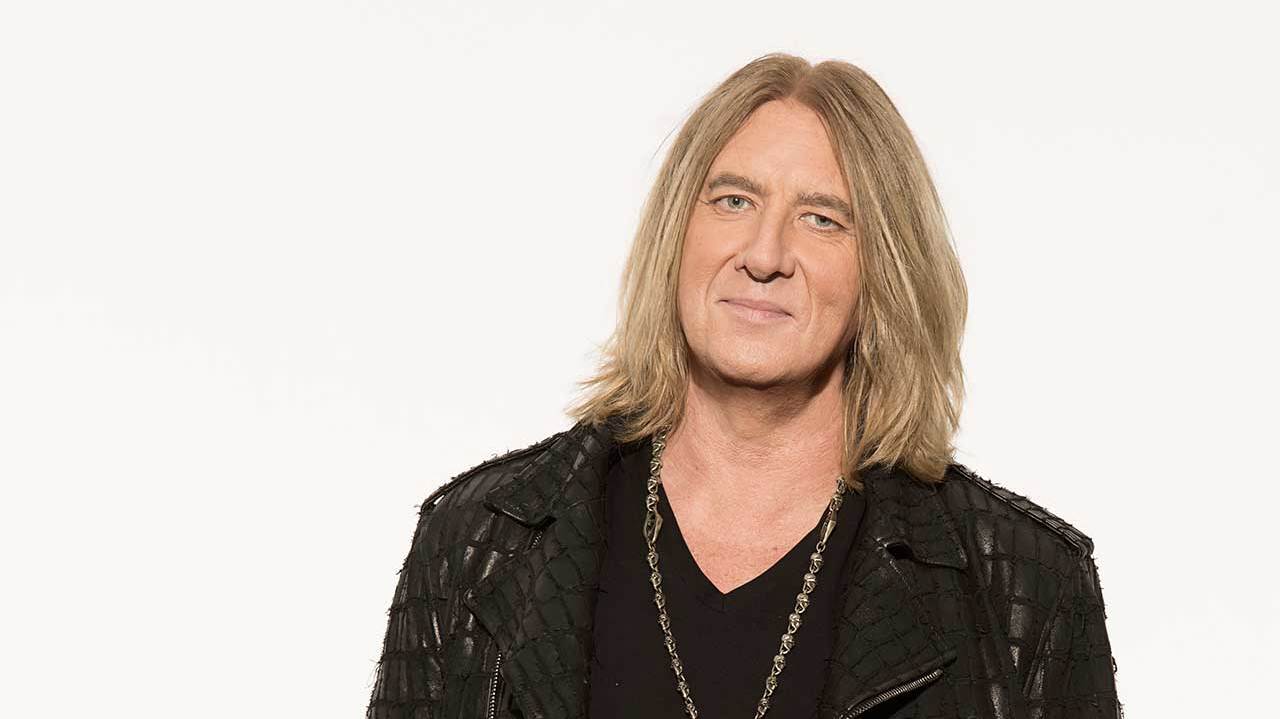 Speakeasy is the ground-breaking public television series from the producers of Front and Center which pairs Rock ‘n’ Roll Hall of Famers, Grammy Award and Tony Award winners, and iconic musicians with and interviewer of their choice.  The result is an intimate conversation that leads to stories, experiences and compelling viewpoints that may not have been heard before. Speakeasy will return to public television for a fourth season Fall 2018.

Videos and more information about Speakeasy are available at https://www.facebook.com/SpeakeasyNYC and http://bit.ly/2cCgdJO.

As Def Leppard gear up for the release of the first in a series of career-spanning box sets, a new lyric video for Pour Some Sugar On Me finds its way to the internet

With the release of Volume One – the first in a series of career-spanning box sets –little more than a month away, Def Leppard have released a previously unseen lyric video for their 1988 hit Pour Some Sugar On Me. Originally released on the previous year’s Hysteria album, it was the song that sent the album from a mere three million sales to the chart-topping, record-shattering, diamond disc behemoth we’re familiar with today.

“The song became a hit because strippers in Florida started requesting it on the local radio station,” Phil Collen told us in 2016. “It had a second lease of life. Hysteria was all over bar the shouting, and then all of a sudden this song just got popular, and then the album went to Number One. It’s really funny how it suddenly became cool because it was a stripping song.”

Pour Some Sugar On Me by Def Leppard on VEVO.

THE ONLY SHOWS ON THE UNITED STATES TOUR TO PLAY “HYSTERIA” IN ITS ENTIRETY.

Rock Brigade Concert Club exclusive pre-sale starts Tuesday, May 8 at 10am HST. Tickets for the 2nd show will go on sale to the General Public Friday, May 11, 2018 at 10 AM HST 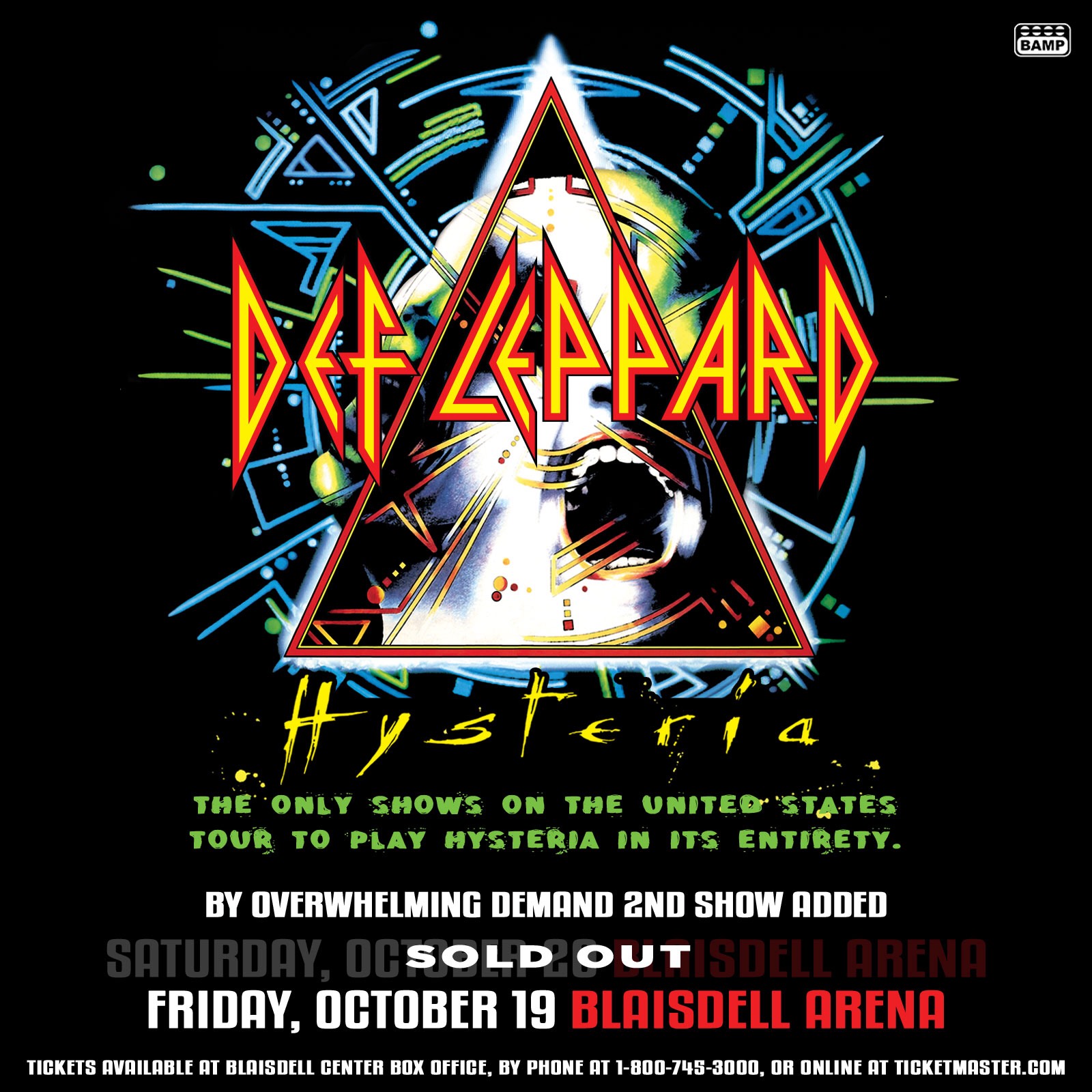 With more than 100 million albums sold worldwide and two prestigious Diamond Awards in the U.S., Def Leppard – Joe Elliott (vocals), Phil Collen (guitar), Rick “Sav” Savage (bass), Vivian Campbell (guitar) and Rick Allen (drums) — continue to be one of the most important forces in rock music. Over the course of their career the band has produced a series of classic groundbreaking albums that set the bar for generations of music fans and artists alike. The group’s spectacular live shows and arsenal of hits have become synonymous with their name, leading Def Leppard to be heralded as an institution in both the music and touring industry.

Def Leppard’s influential career includes numerous hit singles and groundbreaking multi-platinum albums—including two of the best-selling albums of all time, Pyromania and Hysteria , capturing the group’s legendary tracks, bringing together classic Leppard hits such as “Rock of Ages”, Pour Some Sugar on Me” and “Foolin.” The band’s 2015 self-titled studio album debuted at #1 on Billboard’s Top Rock Albums and Top Independent Albums charts. The album also took the #5 spot on Billboard’s Top Current Albums and #10 spot on the Top 200 , as well as claiming 15 top 10 debuts around the world.

For the first time, in January 2018 Def Leppard debuted their full recording catalog worldwide via streaming and download platforms . As they did with the original release of their records, Def Leppard dominated the worldwide charts again. Chart stats saw their albums charting in the iTunes Top 10 in more than 30 countries , including Hysteria at #3 in the US, and #5 in the UK. Def Leppard had the #1, #2 and #3 records on the US catalog albums chart. This marks the second appearance at #1 for Hysteria , which also topped the catalog chart in 2017 on the release of the Deluxe Edition.

The Royal Albert Hall shows are one of the best parts of Teenage Cancer Trust’s calendar, and now’s your chance to get hold of a little bit of show history in this fantastic charity auction! 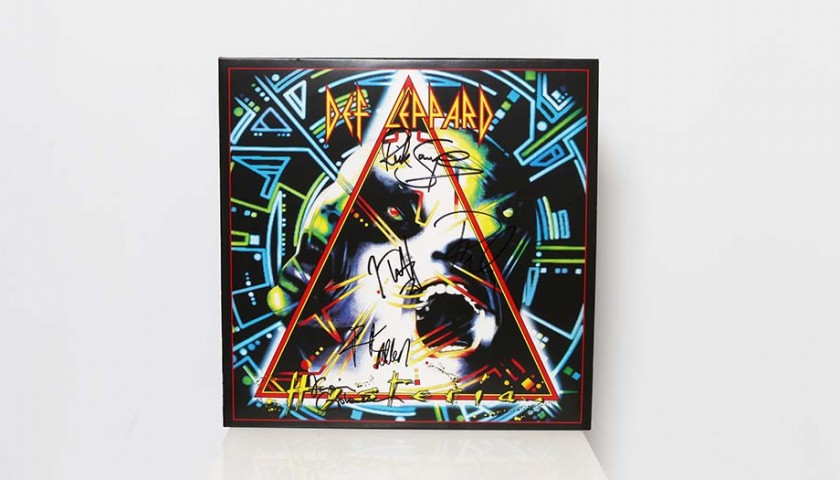 Teenage Cancer Trust makes sure the seven young people aged 13 to 24 diagnosed with cancer every day don’t face it alone. They help young people and their families deal with the many ways cancer affects your body, mind and life. They work in partnership with the NHS, providing expert staff and specialist units in Principal Treatment Centres for cancer and bring young people together so they can support each other. They also give presentations in schools so young people understand more about cancer and go to the doctor earlier. And they help medical professionals and politicians understand why young people with cancer need specific support. Almost half of young people with cancer are not treated in their units. Instead they are treated in hospitals where there isn’t the same level of expertise, and where they might never meet another young person with cancer. This is a scary and lonely experience, and it must change. They’re building a wider Nursing & Support Service within the NHS to help all young people, wherever they receive treatment.