With over 700,000 tickets sold and gross box office receipts of over $90 million in the first weekend of sales, The Stadium Tour featuring Def Leppard and Motley Crue with Poison and Joan Jett & The Blackhearts will be the biggest rock tour of 2020. The tour saw the fastest sell out in Miller Park history in Milwaukee with additional shows selling out instantly in Atlanta, Seattle, Charlotte, Dallas, Pittsburgh, Detroit, Chicago, Denver and Boston.

“The word on the street was that fans were overly excited about this stadium tour even before it was announced … well it’s out there now & it keeps getting bigger & bigger … this is going to be a MONSTER of a tour!” – Joe Elliott 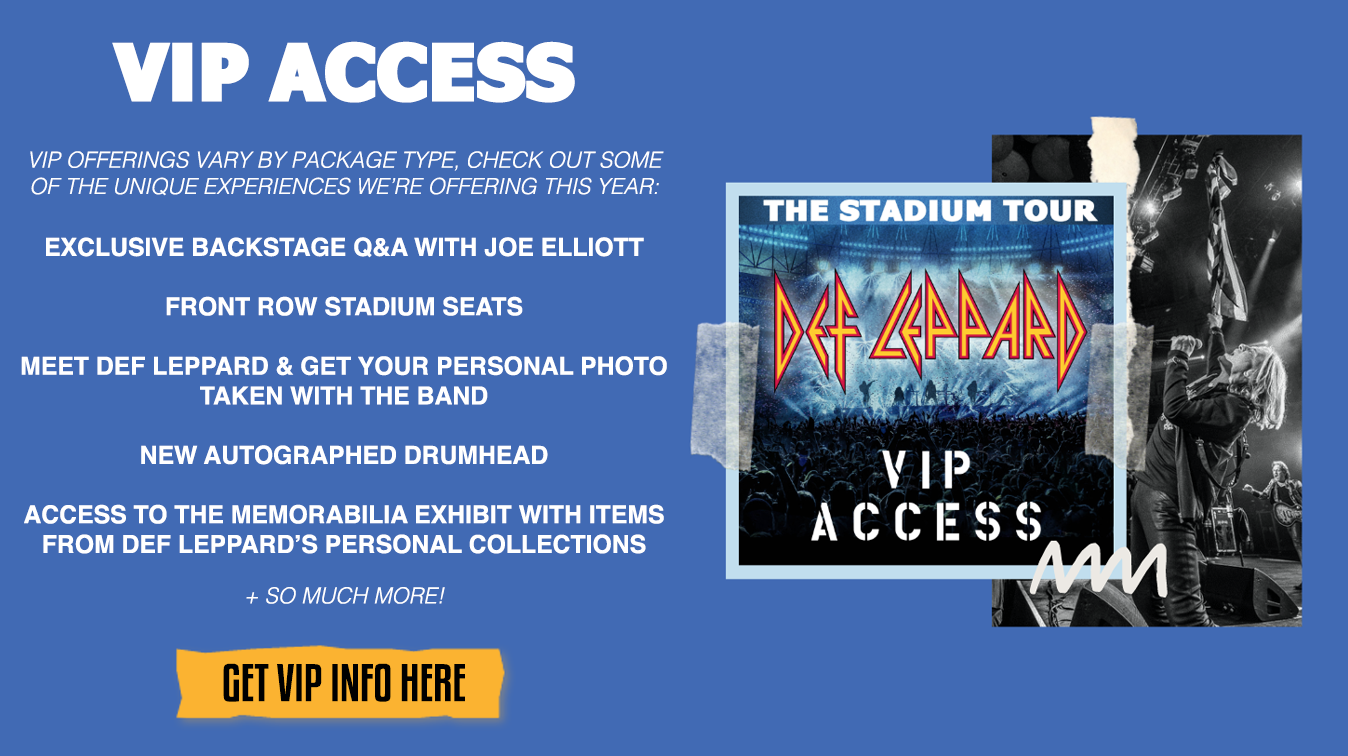 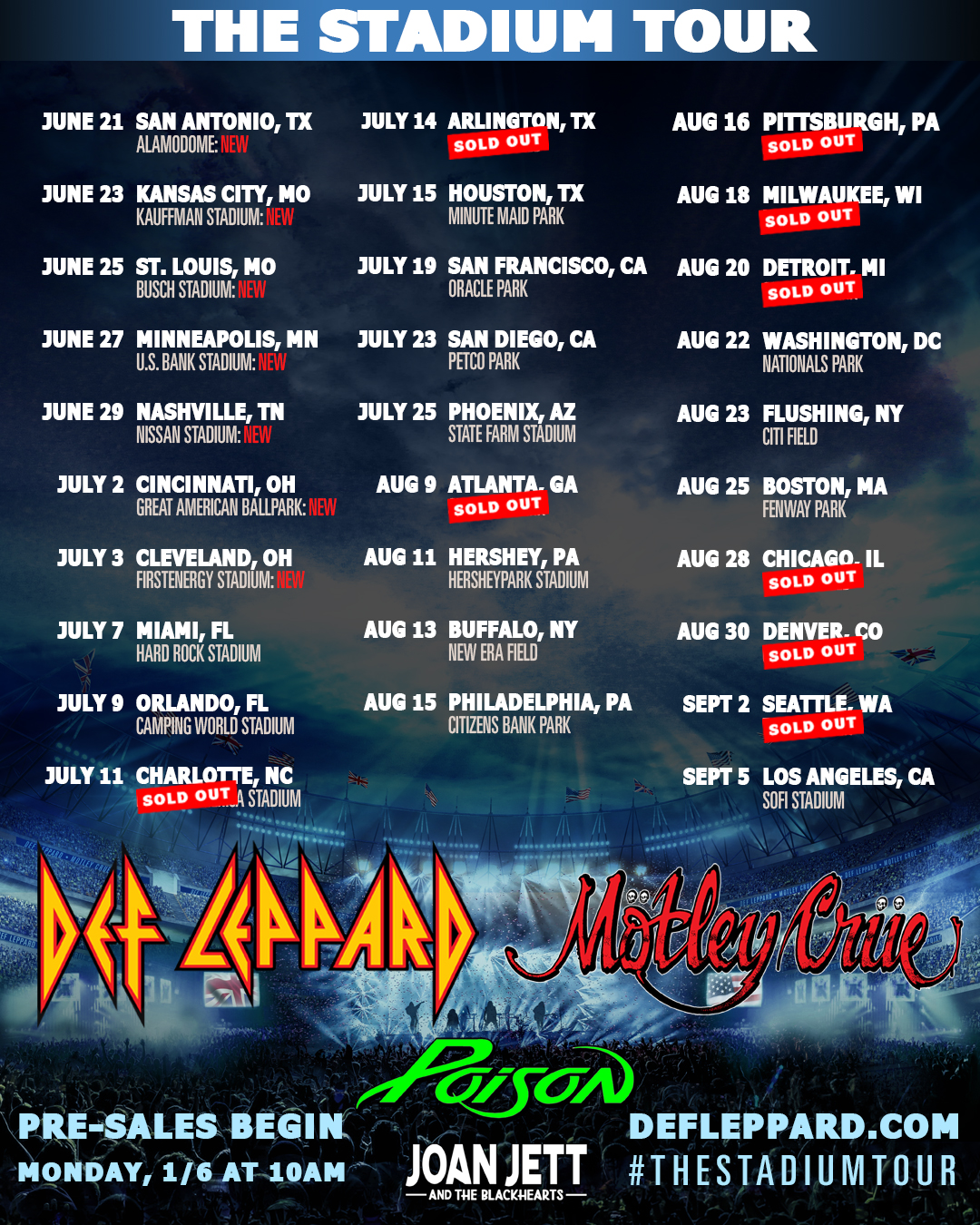