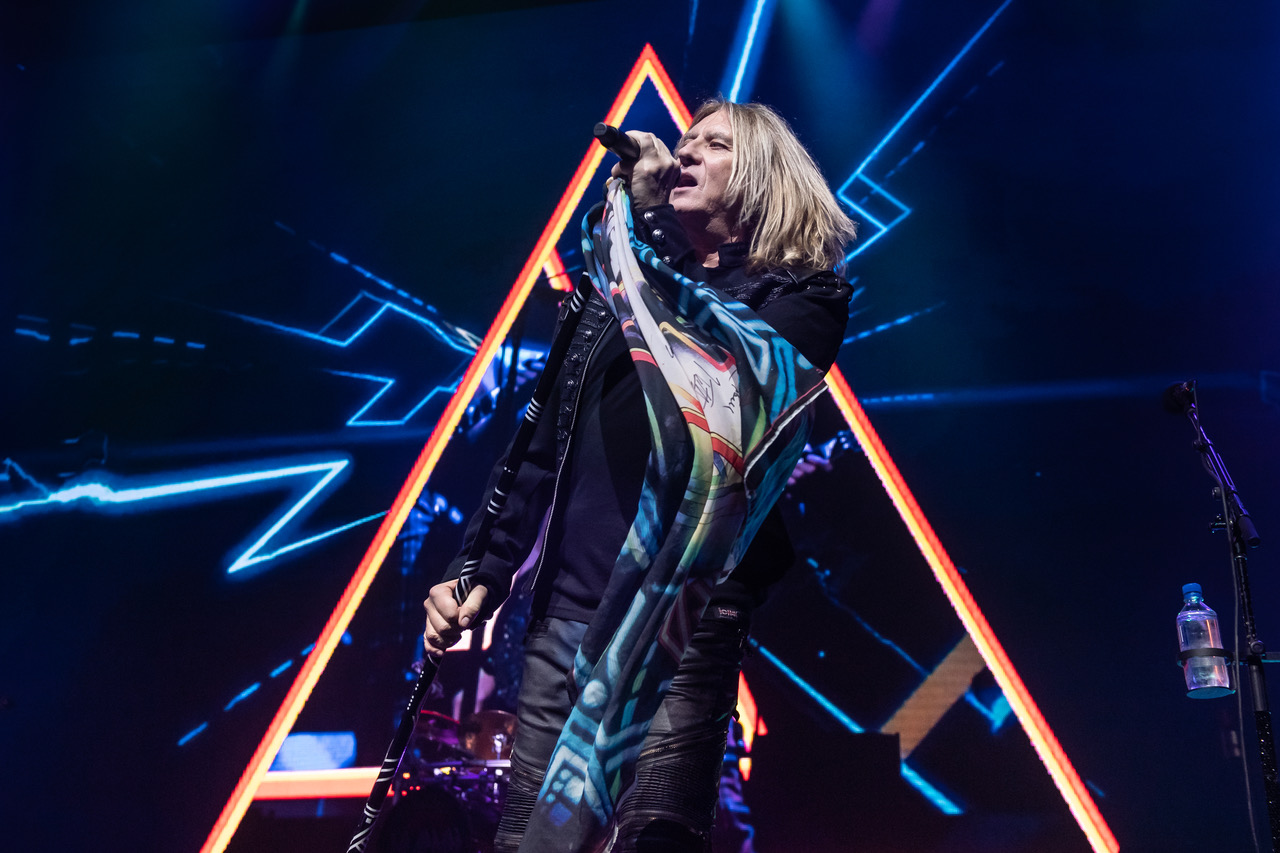 “For us, the greatest thing about a residency is you sleep in the same bed and people come see you rather than the other way around,” jokes the recently inducted Rock & Roll Hall of Famer, who, along with his bandmates, will kick off Def Leppard Hits Vegas: The Sin City Residency at Planet Hollywood’s Zappos eater August 14. The residency is the band’s first since its wildly successful Viva Hysteria run at Hard Rock Hotel & Casino in 2013, which gave Elliott a taste of what an extended stay in the desert will do to a singer’s vocal cords. “The last time, I had two humidiers [in the hotel] and filled the bath with boiling water every night,” he says. The inaugural residency will treat fans to songs from the band’s iconic catalog, with a few unexpected tracks thrown in to keep things fresh.

But don’t interpret that last bit as the dreaded “Here’s something off our new album,” Elliott cautions. “It’s a party atmosphere, a party town, a party gig. We’re not trying to educate [the audience],” he says. “Nobody’s coming to see Def Leppard play 25 songs they’ve never heard.” 8 p.m., tickets from $69, ticketmaster.com/defleppard