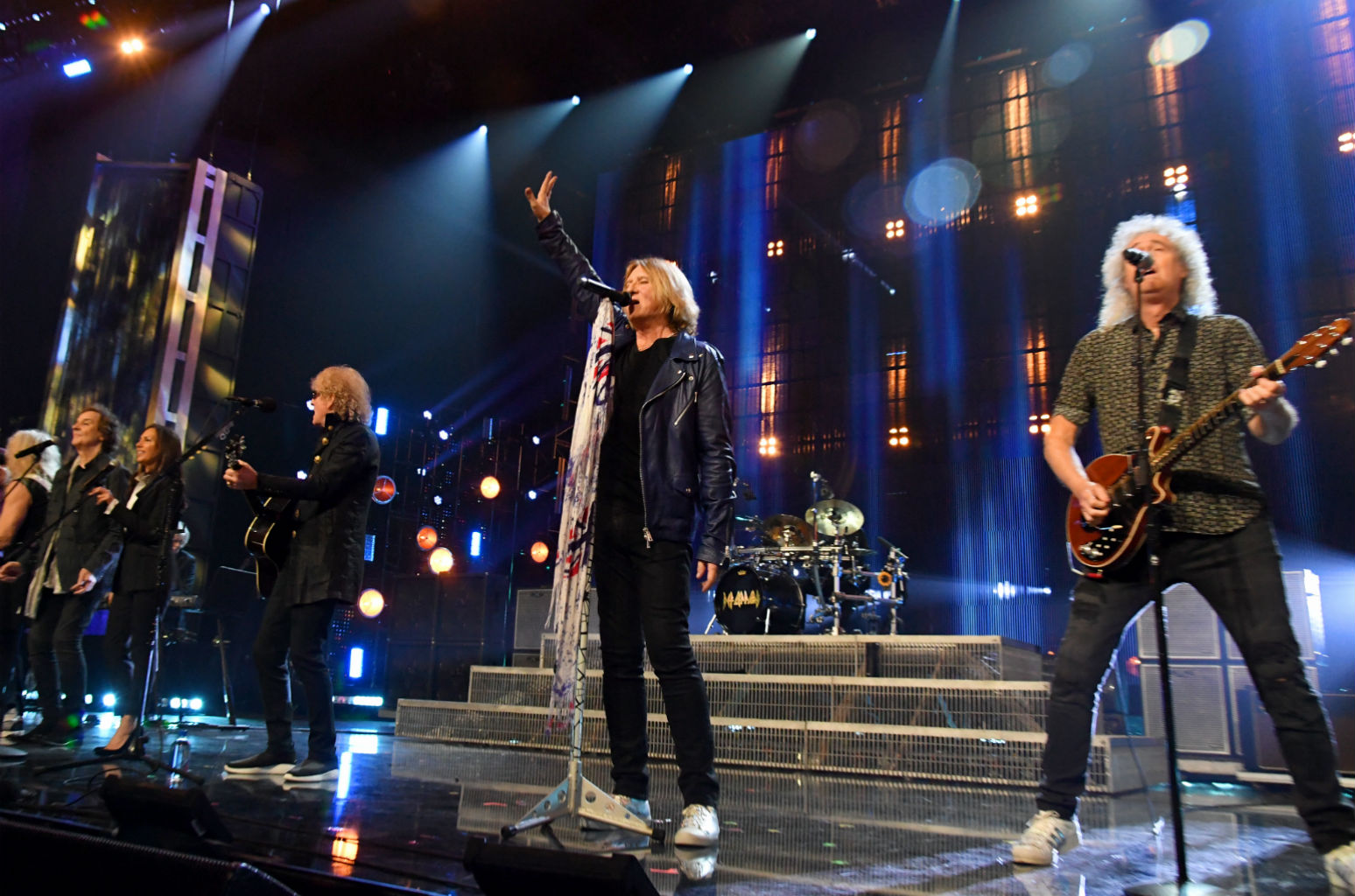 Fresh off their induction into the Rock and Roll Hall of Fame, Def Leppard led and all-star jam to close out the 2019 induction ceremony Friday (March 29) at Brooklyn’s Barclays Center.

Earlier in the evening, May gave the induction speech for Def Leppard, calling the pop-metal band a “magnificent rock group, in the classic tradition of what a rock group really is.”

This year’s Rock and Roll Hall of Fame ceremony also included performances by Roxy Music, the Cure, the Zombies, and Stevie Nicks with Don Henley and Harry Styles.