Just announced – we will be playing at the Royal Albert Hall in London on Sunday, 25 March for theTeenage Cancer Trust benefit concert! 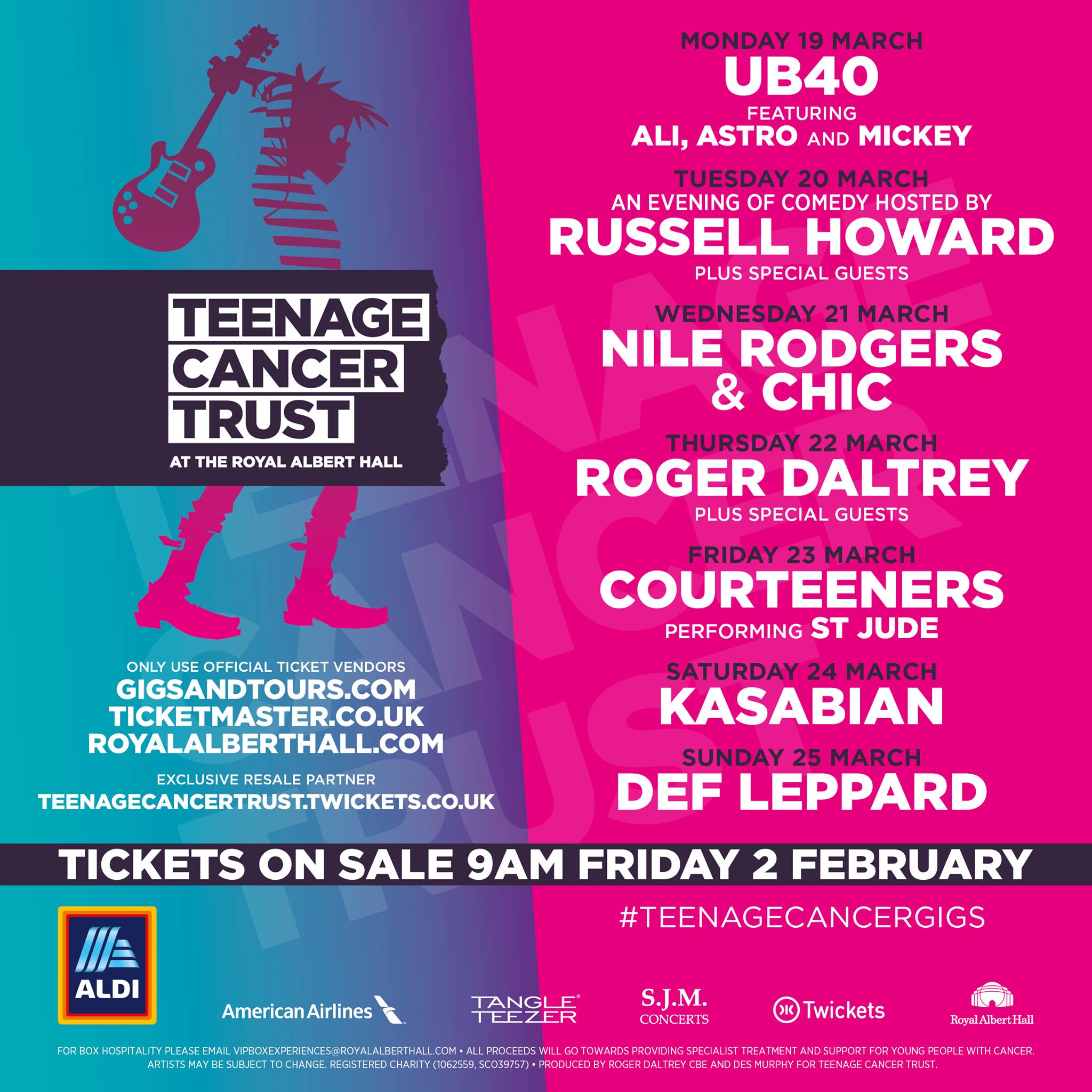 Def Leppard frontman Joe Elliott says, “When Def Leppard and The Who played together last October, Roger asked us if we’d like to contribute to the Teenage Cancer Trust shows this year. Having performed myself with Roger and The Who at the Shepherds Bush Empire back in 2014 solo it was a no brainer to say yes as a band. It is a privilege and an honour to be involved with such a worthwhile event”.

Over 235 artists and comedians have played Teenage Cancer Trust at the Royal Albert Hall since 2000, raising over £27 million for young people with cancer. These incredible shows have played a vital role in helping the charity to provide 28 specialist cancer units and over 60 nursing and support staff in NHS hospitals across the UK, making an incredible difference to young people diagnosed with cancer around the country. But for every young person Teenage Cancer Trust currently supports, there’s another they can’t. Every penny they raise goes towards their goal of reaching every young person with cancer who needs them.