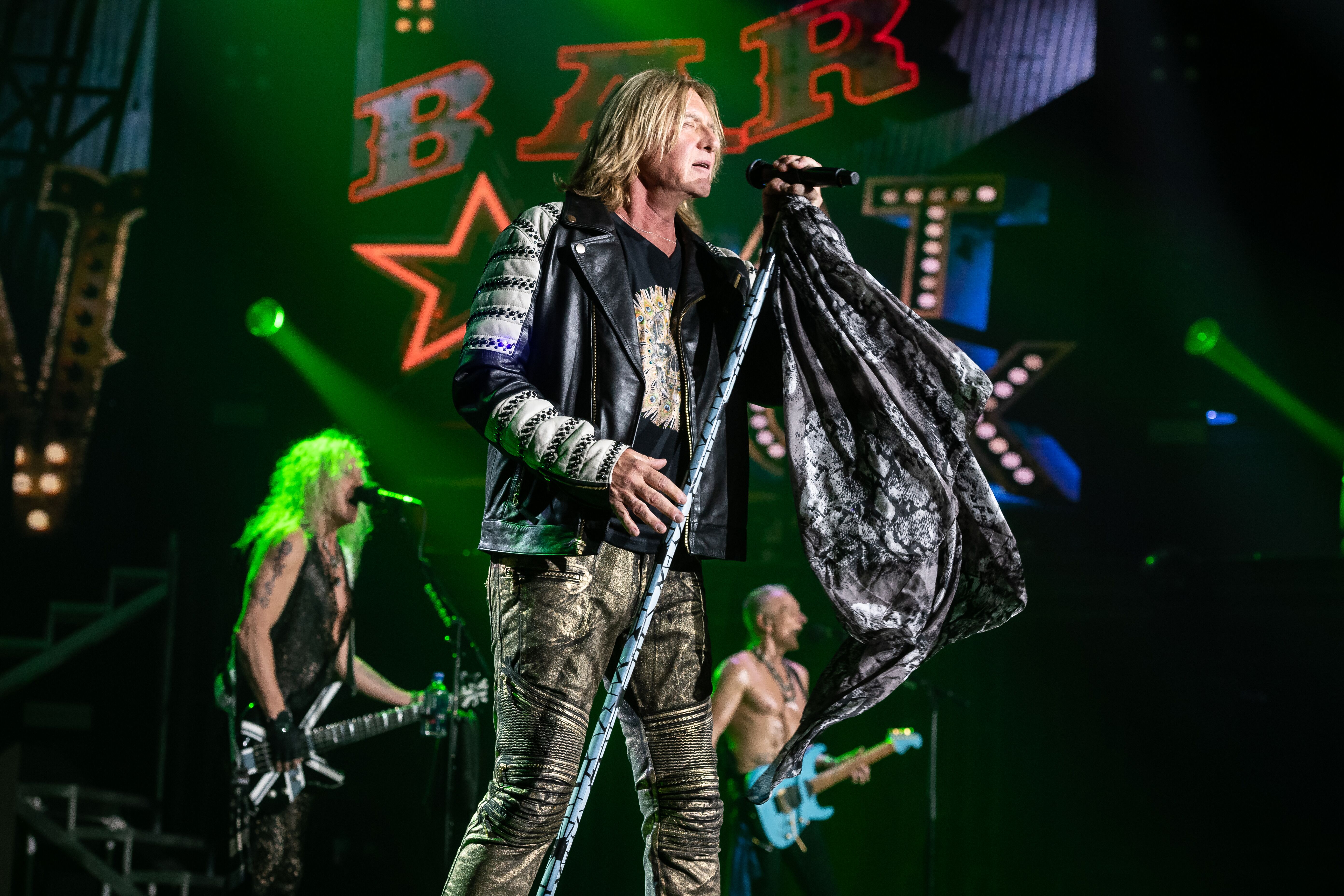 There was little doubt Def Leppard’s new engagement at Planet Hollywood’s Zappos Theater would be successful. The British band, newly inducted into the Rock and Roll Hall of Fame, has been filling much larger venues in Las Vegas for tour stops in recent years and played another concert series, “Viva Hysteria,” at the Joint at the Hard Rock Hotel in 2013. Most important, the quintet maintains a rabid fan base across the country, people who want nothing more than to see Def Leppard live and rock out to their many hooky hits, ‘80s-era riffage like “Photograph,” “Rock of Ages,” “Rocket,” “Hysteria” and “Pour Some Sugar on Me.”

And the guys in Def Leppard know that. They opened this new 12-show run, “Def Leppard Hits Vegas: The Sin City Residency,” Wednesday night with two powerful hours of music seemingly crafted only for those fans who traveled to Las Vegas — plus quite a few locals willing to brave the Strip on a week night — to see something special. They started promptly after 8 p.m., opened with “Pyromania” track “Die Hard The Hunter” — which the band hasn’t played live in more than 25 years — and rolled right into 1987 smash “Animal” while vintage Vegas neon signs flashed on massive video screens behind them. In just a few minutes, Def Leppard had already delivered a rare concert experience for its dedicated following.

It continued without breaks until 10 p.m. Lead singer Joe Elliott prepped the audience for more gems from “Pyromania,” Def Leppard’s breakthrough third album released in 1983, and other songs that have never been performed live. Two of those, “Let Me Be the One” and “We Belong,” were played in a mid-show acoustic mini-set on a satellite stage pushed far out into the crowd. That segment spotlighted individual contributions from each band member: guitarists Phil Collen and Viv Campbell, drummer Rick Allen and bassist Rick Savage.

Then it was time to reignite the rock. A string of hits including “Let’s Get Rocked,” “Love Bites” and “Armageddon It” kept the audience out of its seats and pumping its fists along with Elliott. The one-two punch of Collen and Campbell trading licks and creating that signature Def Leppard sound is the core of the band’s live show.

Video footage of the group’s successes over the years, including its Rock and Roll Hall of Fame ceremony, played during “Hysteria,” one of Def Leppard’s most timeless and catchy creations. After a huge singalong for “Sugar,” a three-song encore of “Let’s Go,” “Rock of Ages” and “Photograph” closed out the first night of what promises to be one of the most fun and fan-friendly residencies this venue has seen.