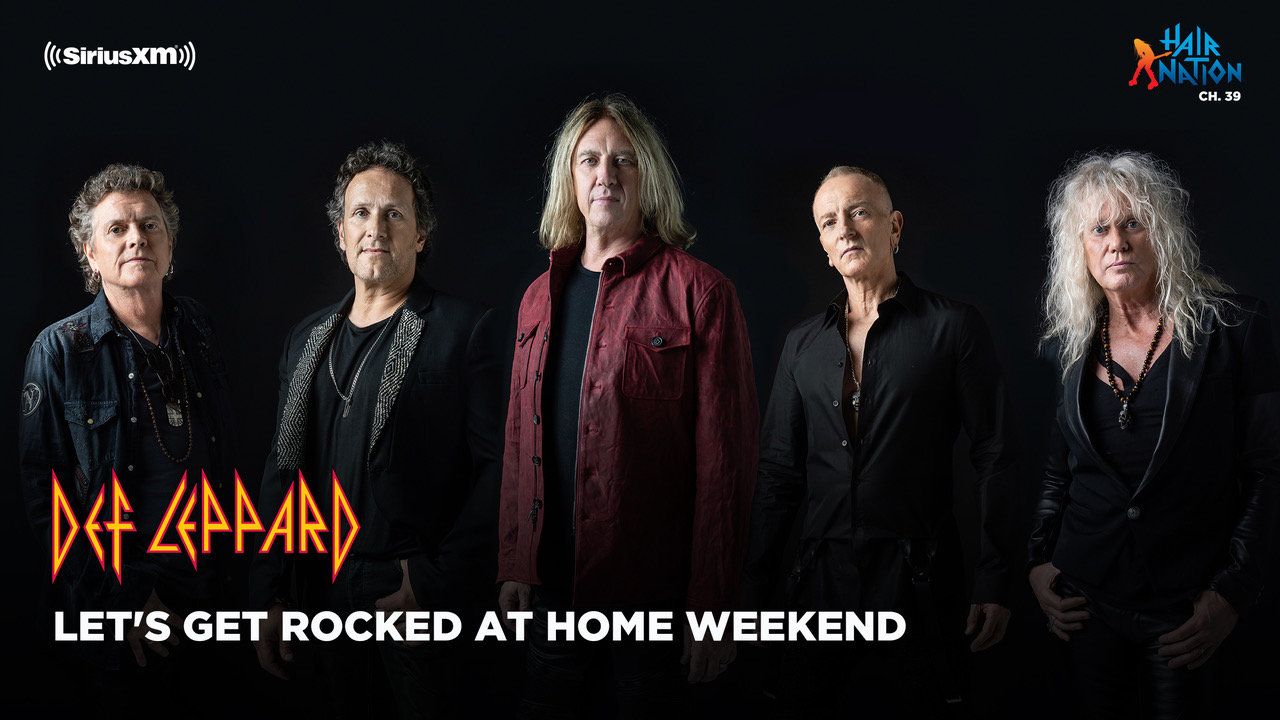 WHO:              With more than 100 million albums sold worldwide and two prestigious Diamond Awards in the U.S., legendary rock band and 2019 Rock and Roll Hall of Fame inductees,  Def Leppard will take over SiriusXM’s Hair Nation channel this weekend.  Def Leppard continue to be one of the most important forces in rock music, and over the course of their career, the band have produced a series of classic ground-breaking albums that have set the bar for generations of music fans and artists alike.

WHAT:            Def Leppard’s “Let’s Get Rocked at Home Weekend” will see the Rock and Roll Hall of Fame inductees: Joe Elliott, Rick Savage, Vivian Campbell, Rick Allen and Phil Collen, spinning Def Leppard’s biggest hits and sharing the stories behind those songs.  Listeners can also expect to hear exclusive SiriusXM ‘at-home’ performances from Joe and Phil.  The takeover will also feature music from their tour-mates on The Stadium Tour, Motley Crue and Poison, and other bands they love.

WHERE:           Def Leppard’s “Let’s Get Rocked at Home Weekend” on Hair Nation can be heard on the SiriusXM app in the Rock category and on SiriusXM radios on channel 39. The channel is available to subscribers nationwide on most SiriusXM radios, and is available to everyone – including anyone who is not already a SiriusXM subscriber – on the SiriusXM app and connected devices as part of SiriusXM’s recently announced free streaming access period. For more information and to start listening, visit: siriusxm.com/streamfree.