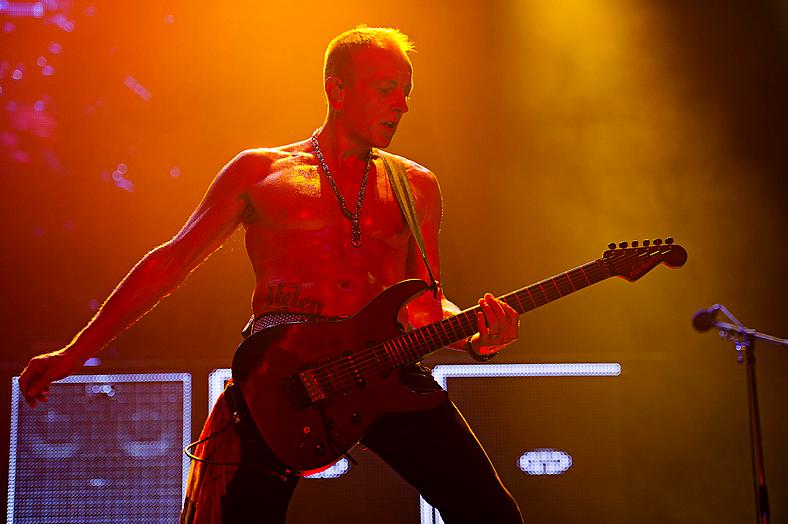 Def Leppard guitarist Phil Collen had a recent interview with 93.1 WMPA, and discussed how can he be in great shape at 61, him not using any drugs and how did they earn millions of dollars in their early days.

Here is the interview (Transcribed by Ultimate-Guitar):

“When ‘Women’ premiered on MTV [as the second single off 1987’s ‘Hysteria’], I later read that it was not as big as you thought it was gonna be. Was Hysteria a slow burner when it first started?”

“We were in really serious debt, like, $5 million in three years. Studios and everything – shipping, cargo, hotels, and god knows what.

So we were really in debt, and the first three singles didn’t have absolutely any traction at all. I mean, they were out there… But now you look back and you see ‘Hysteria,’ or ‘Women’ – I think ‘Animal’ was the third one – you look at them now, ‘Animal’ is a Top 10 single in England. They caught fire later on, but we were still $3 million dollars in debt when that happened.”

“Your health regiment has become something of a legend. I mean, a lot of you guys look exactly the same as you did 30 years ago. What is your key to success – because I believe you’re in your early 60s, are you not?”

“Yeah, 61. The really easy one is just consistently working out. You don’t have to kill yourself, but just keep the blood flowing in the joints. If I stop doing that – even just kicking the bag or something like that – within a week or so, I start aching, I start feeling like the rest of the population of my age.

“So last night, just kicking the bag, all of a sudden the pain’s gone. You got to be consistent with it, and diet. I don’t drink, I don’t take drugs, I don’t smoke, none of that stuff, that really helps.

“I’m a vegan – I know some unhealthy vegans, but again, you just apply and when you’re traveling, you just feel better. It helps, it’s amazing, and that doesn’t cost anything.”