Very sad to hear about the passing of the legendary Eddie Van Halen.  You will be missed.

“I saw Van Halen destroy Sabbath at the Sheffield City Hall in 1977 … Eddie was a big part of that, having essentially reinvented guitar playing just like Jimi Hendrix had done a generation earlier …. I had the pleasure of being on the same bill as Van Halen 7 years ago when Kings Of Chaos were on the same bill at the Stone Music Festival in Australia. I’m happy to say that his playing that night was as good as it’s ever been, he certainly shook things up when he came on the scene …. Rest In Peace Eddie” – Joe Elliott

“I distinctly remember the first moment I heard Eddie play. A good friend, also a guitarist, had just bought the first Van Halen album and came by my house and told me that I urgently needed to hear this. He wasn’t wrong; it was a moment that redefined everything that I thought was possible about playing the guitar. The goalposts had just been moved. I stayed up all that night trying to learn from Eddie. Many, many decades later, and I’m still learning from Eddie.” – Vivian Campbell

“Eddie had a profound impact and influence on generations of musicians and music fans including myself and literally wrote a brand new chapter on how a guitar should sound, look and feel. I met Eddie on Van Halen’s first headline U.K. tour at London’s Rainbow theatre and he said to me “you know you’re never going to get that sound you’re after until you change that pickup, right?”so I promptly went and got it fixed. The master had spoken and my Fender Strat had never sounded so good. It was the main guitar used on the Hysteria album. He was absolutely right.” – Phil Collen 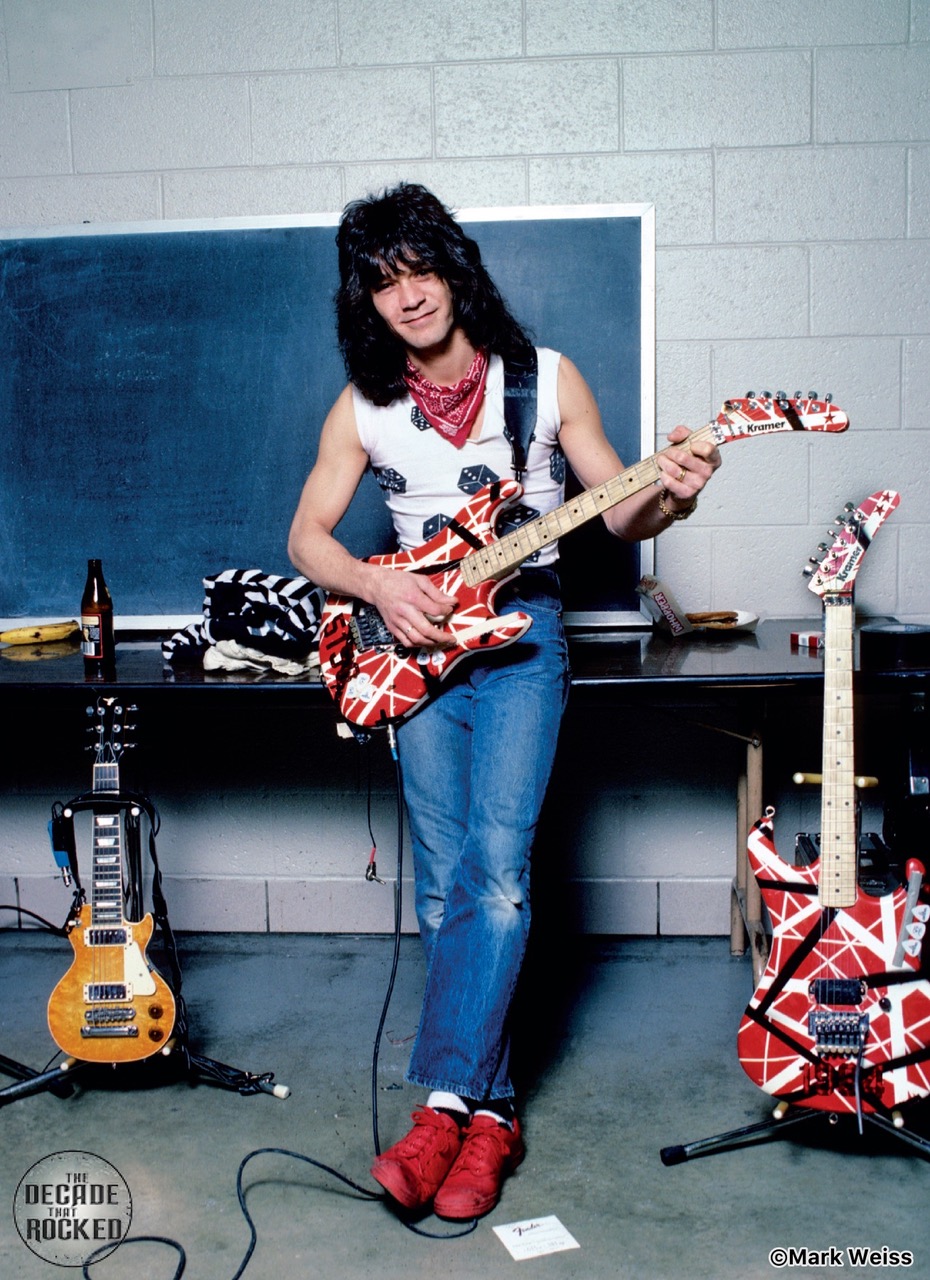