Check it out! Def Leppard is featured on the homepage of USA Today.

Def Leppard has finally given Spotify, iTunes/Apple Music and Amazon and seven other digital music platforms  the OK to Pour Some Sugar on listeners: The British hard rock act’s entire catalog will be available to stream on Friday.

What took them so long?

For one, streaming hadn’t yet been invented  when they signed their last record deal, and two, they weren’t hurting for money.

Thanks to non-stop touring and steady sales of their back catalog over the course of the last decade, singer Joe Elliott says, “We were doing OK and we weren’t really missing anything.“

Plus, Elliott, 58, and his bandmates also wanted to wait out “the digital streaming thing” a little and get a better sense of whether the business model was here to stay or a short-term fad. (He notes that Def Leppard were also iTunes holdouts who didn’t put any of their tracks online until their first live album, 2011’s Mirror Ball.) 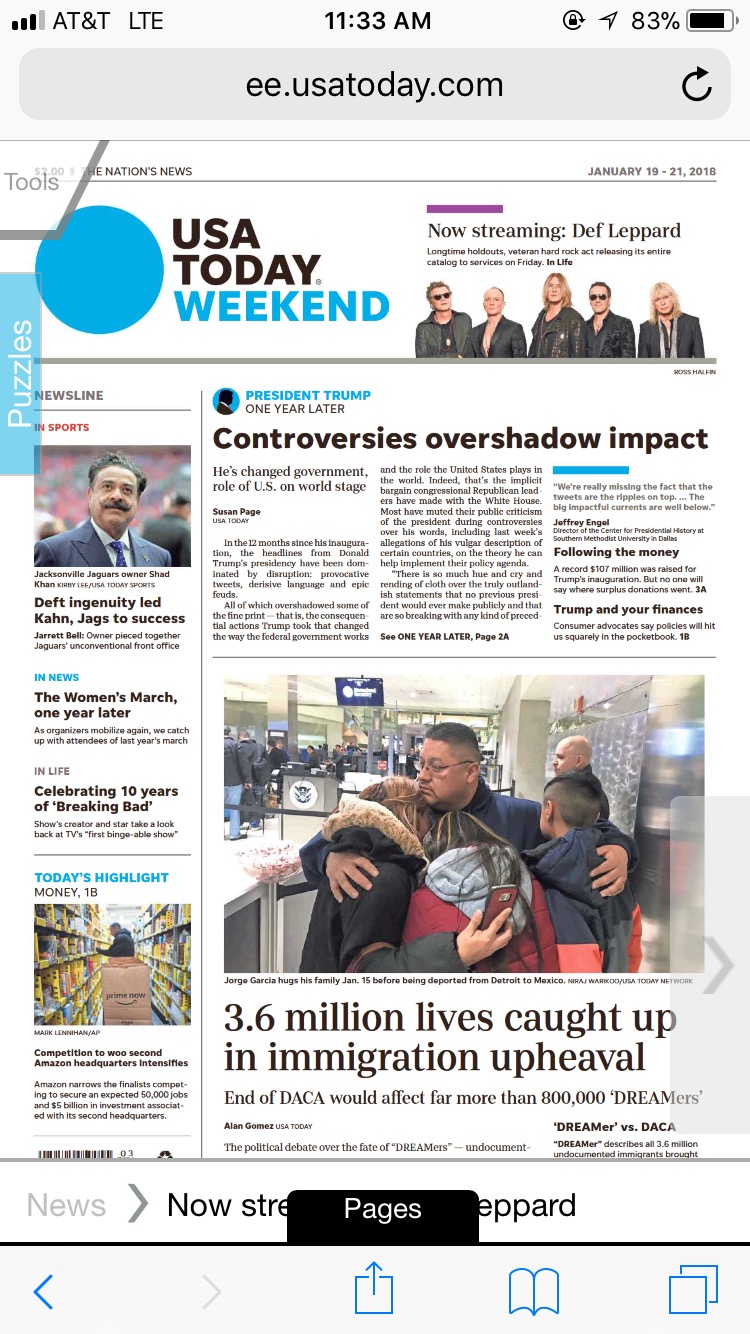