My friend Phil has been on this earth for 60 years today. SIXTY YEARS!! Holy crap ! … of course at times like these you tend to hark back the early days & I have very fond memories of when we first met. It was 1980 when his then band Girl played Sheffield opening for UFO. I’d read about them, they’d read about us, so there was mutual respect / jealousy / piss taking in both camps no doubt ! But the reality is that when we met we got on like a house on fire, well he drank back in those days so the bonding part was easy ! So after the gig I took him & Phil Lewis on a tour of the local drinking establishments in Sheffield which ended up with the 3 of us & Steve Clark stumbling up on stage at the Genevieve club & almost destroying Sledgehammer’s gear while we slaughtered Kiss’ Do You Love Me ! happy days !! .. The 2 Phil’s were never going to make it back to their hotel in Buxton (?!) so they ended up staying in the spare room at my Parent’s place (cue comical next morning response by my Mum after they’d left: “There’s mascara all over the pillowcases“ !! )…These sort of shenanigans would occur on many occasions especially when we were in London so you could say we became pretty tight back then. Cut forward a couple of years & when it became obvious that our situation with Pete Willis had become untenable, for me, asking Phil to join the band was obvious because apart from the fact that we were pals now, what I haven’t come to yet is that he is a phenomenal guitarist with a great voice ! Just what this band needed at precisely that time.
35 years have passed since that moment & we as colleagues are still on an amazing adventure! He no longer drinks, is a strict vegan & works out more than an Olympic team, but that is why at sixty he is in better shape than people half his age. He has an envious work ethic, juggling DL & family stuff with Delta Deep, Manraze, The Cybernauts & now his upcoming tour with G3.
So, this day, this special day, will probably find Phil doing nothing special, maybe Starbucks, a work out & a trip to the cinema, because he’s not much into celebrating birthdays & the like, so I figured I’d do it for him. So Phil, on behalf of all of us here at Elliott Towers, the boys & girls in the band & crew, & legions of fans & admirers the world over, we say a resounding happy birthday you old bastard!! 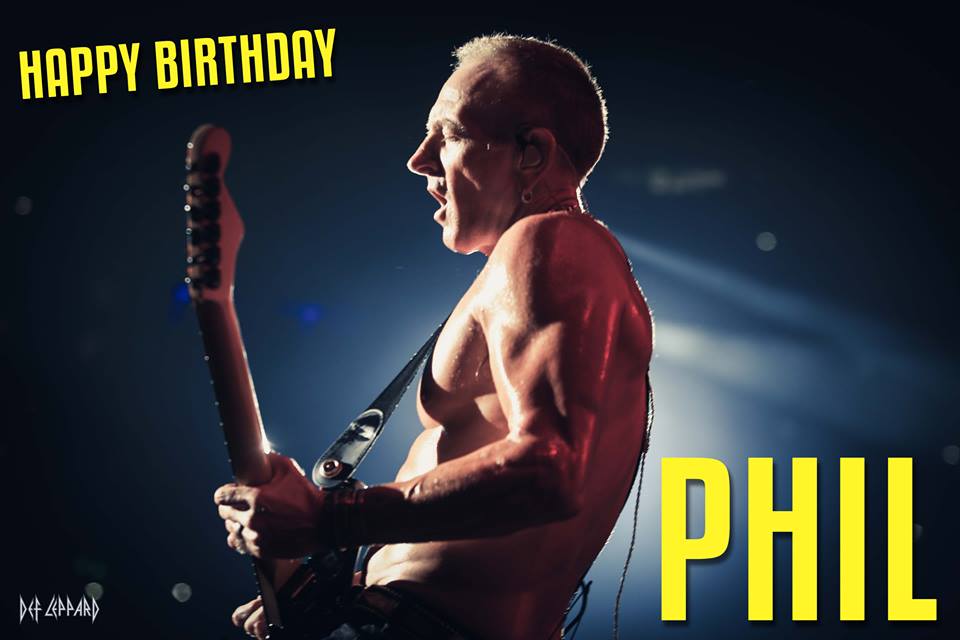