It took Joe Elliott ten years to make serious money from being lead singer of rock band Def Leppard. Elliott used to sit in a pub with the other band members, sipping a single pint of beer between them because they were so hard-up.

The singer-songwriter grew up in a terraced house in Sheffield and left school to work in a local steel factory for £8 a week.

He remembers signing his first record deal as a teenager with his feet up on the boardroom table of the record company, sipping whisky and smoking cigars…. Read the full Daily Mail article below or online 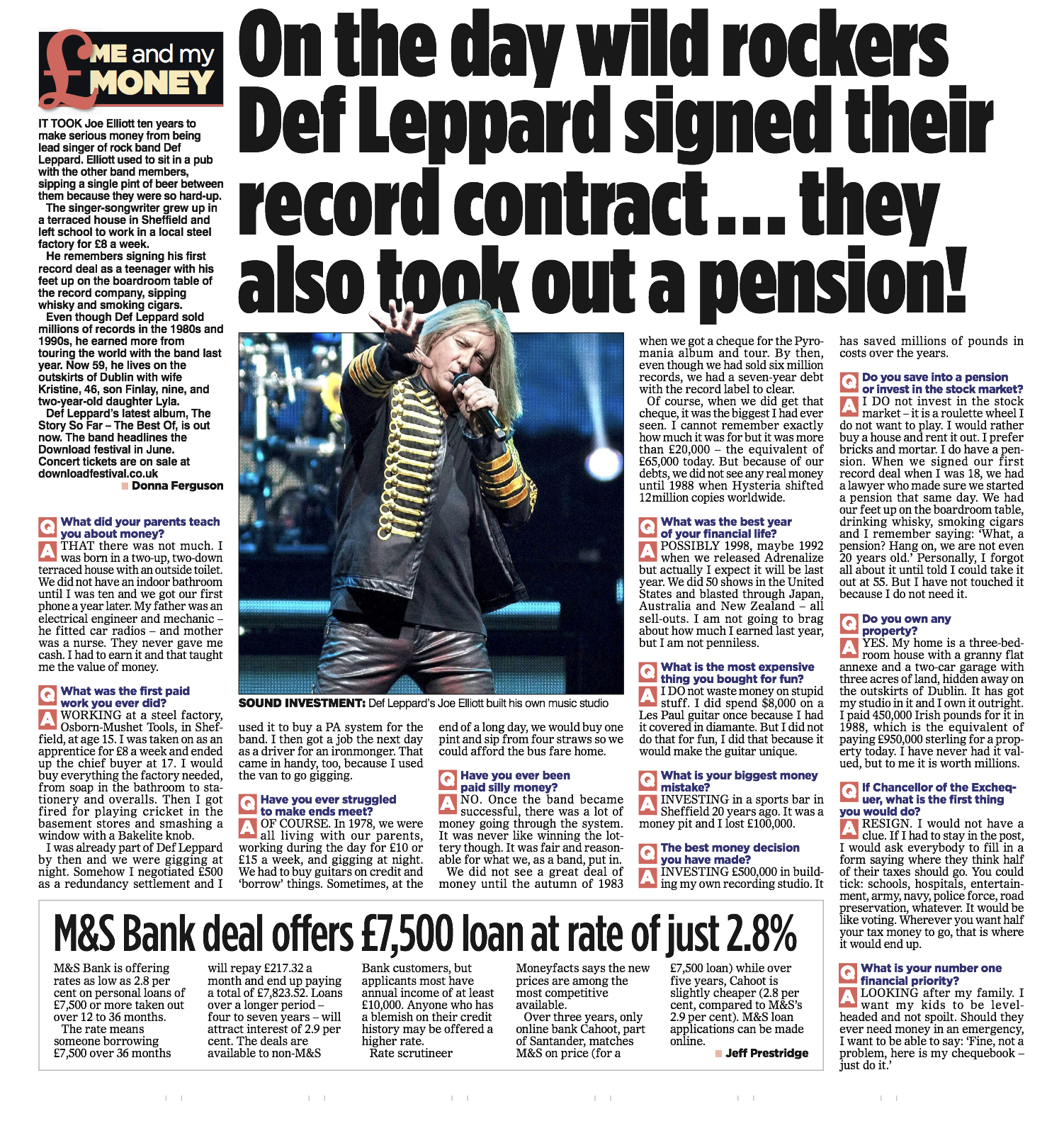