25 years ago today, original DEF LEPPARD guitarist Steve Maynard Clark passed away at his home in Chelsea, much too soon at the age of 30.  Here’s a little note from Joe and Phil remembering Steve..

Joe Elliott:
“25 years ago today was one of the darkest days in the history of Def Leppard, when we lost our friend & colleague Steve Clark. I miss him everyday & have so many great memories of him, from the day I first met him outside Virgin Records in 1978 to the last gig we ever played together at the Tacoma Dome in 1988. There was one more performance at the MTV awards in 1989 and a handful of recording sessions over the next year or so, but my lasting memories of this shy, funny, tortured but brilliantly talented guitarist will always be him on stage, absolutely his natural environment, tearing it up with a style that was so riveting, so exciting, it was a joy to share a stage with him. So, think about Steve today, play some early Leppard & smile, I won’t be playing anything on my radio show tomorrow, it’s too close to home, maybe next week, so for me, it’ll be a quiet moment of reflection for a lost friend who wrote some great riffs, helped create some great songs but like so many others, shined so brightly but left us way too soon”. 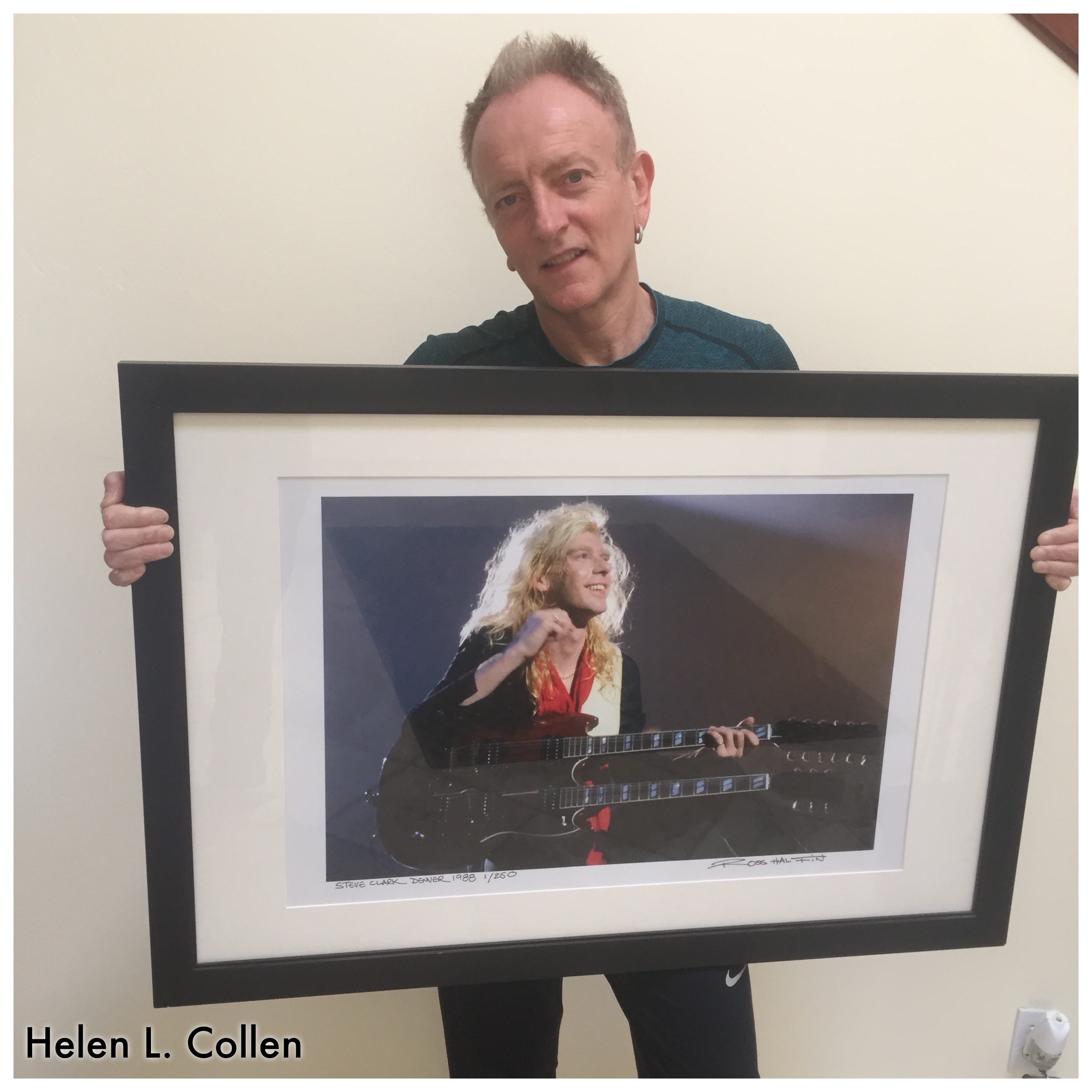