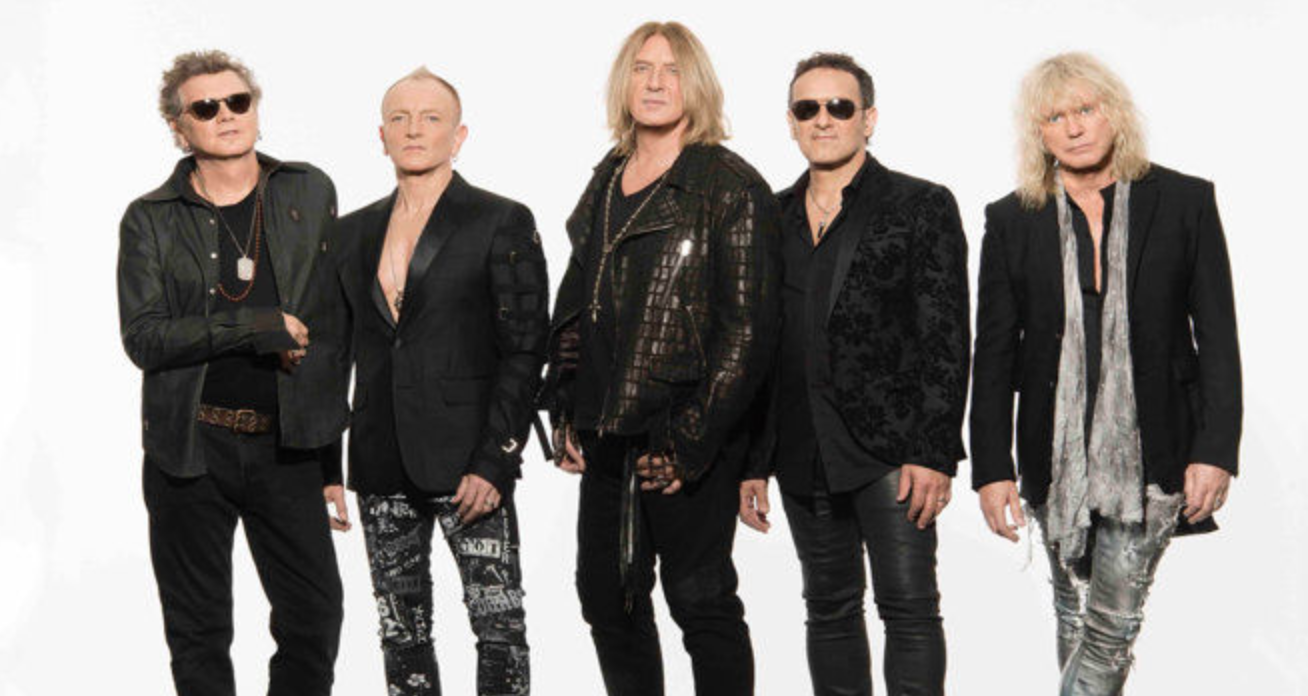 The award ceremony was presented by Klipsch Audio, and Dr. Brian May of Queen presented them with their trophies and made the opening remarks in his thankful speech. They were the seventh and final act that was inducted into this year’s Hall of Fame class. They joined Stevie Nicks, Janet Jackson, The Cure, The Zombies, Roxy Music, and Radiohead

Def Leppard kicked off their live performance with “Hysteria,” which is this music critic’s personal favorite tune in their catalog, as well as “Rock of Ages,” and the fan-favorite tunes “Photograph” and “Pour Some Sugar on Me.” They were able to put a high-energy, fun and rocking show.

They were also joined on stage with several gifted musicians (Susanna Hoffs of The Bangles, Steven Van Zandt, Roxy Music’s Phil Manzanera, The Zombies’ Rod Argent and Colin Blunstone, Ian Hunter, and May himself) for an impressive cover of “All the Young Dudes” by David Bowie.

Prior to the award ceremony, Def Leppard participated in the backstage interviews. This journalist was privileged to ask them the following question: “How did it feel to earn the largest number in the fan vote in this year’s Rock and Roll Hall of Fame?”

Speaking on behalf of Def Leppard, Phil Collen responded, “That was phenomenal. Our fans absolutely insisted for years that we be here. It is totally for them. That was amazing. We love our fans. They are the best. Thank you.”

Dr. Brian May of Queen also partook in a backstage press conference interview in the press room, where he opened up about how it felt to be inducting Def Leppard into the Rock and Roll Hall of Fame. “They are like family to me. I am hugely honored and I am a little nervous, but I am very excited.”
The Queen guitarist added, “I get to play with them.” Joe Elliott and May embraced and he shared that they have known each other for 35 years, and he subsequently joked that they still get into arguments.

To learn more about Def Leppard and their music, check out their official homepage.