General tickets may be purchased below or in-person at the Planet Hollywood box office. All shows begin at 8 p.m.

Joe Elliott says, “Five years ago, we played our first ever residency in Las Vegas which was relatively new ground for a rock band giving this kind of experience…I have to say, we really enjoyed it! Being in one place for the best part of a month is vastly different to our normal city to city touring routine. Breaking this cycle adds another element to the experience for both us and the audience. We look forward to seeing you at the Zappos Theater this summer!”

“Planet Hollywood transformed the entertainment landscape in Las Vegas with the first pop residency,” said Jason Gastwirth, president of entertainment at Caesars Entertainment. “We are proud to be at the forefront of rock residencies as well and treat the city’s visitors to a new type of experience with Def Leppard.” 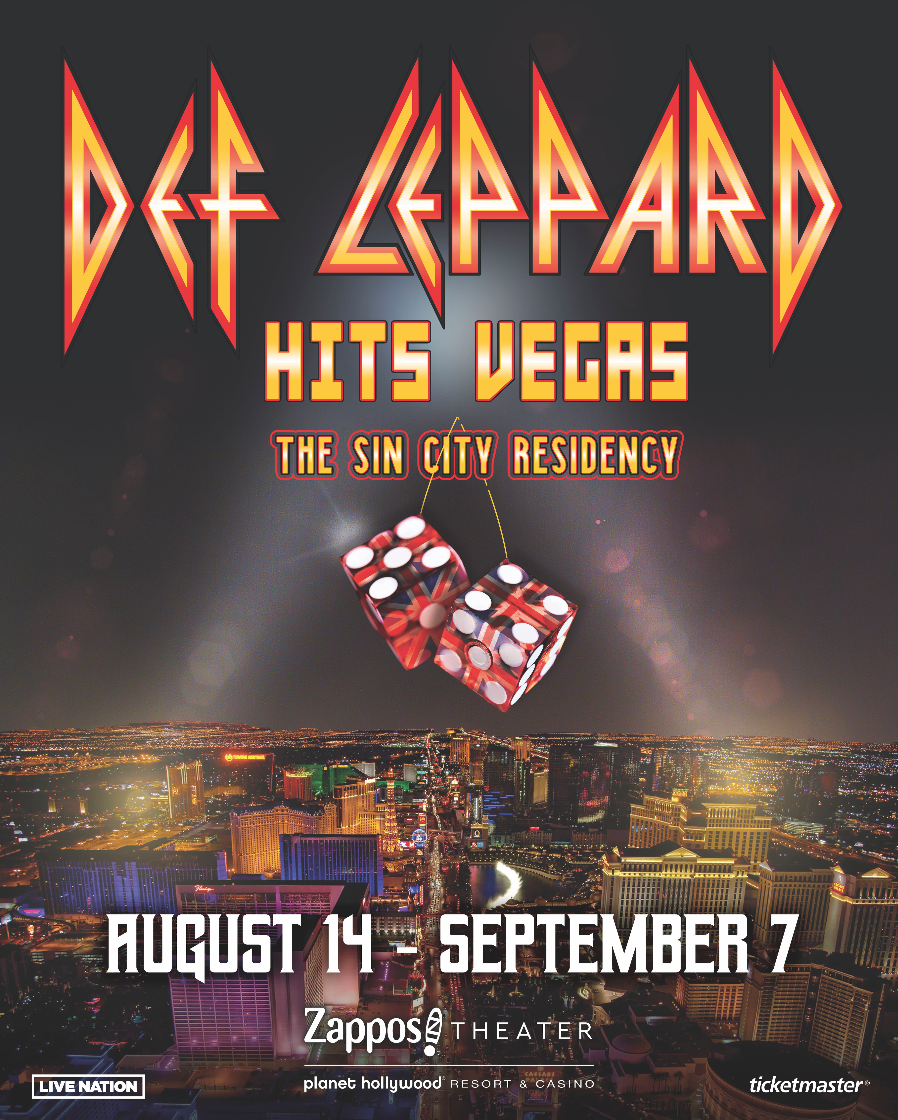