Go behind the scenes and watch exclusive videos of rehearsals, soundchecks and more from the recent Classic Rock Magazine awards show in Japan this past week.

Get a close-up seat as Joe & Ian Hunter get together for an intimate chat about music, friendship, and rock & roll careers on SpeakEasy TV

This new episode airs now through November! Don’t miss it!  Check for air times to watch or set your DVR now HERE

Here’s a sneak peak of the show!

Thanks to all our fans for voting for DEF LEPPARD’s latest album which was nominated for “Album of the Year” at this years CLASSIC ROCK MAGAZINE’s Awards Show which took place in Tokyo a few days ago.  Here’s a photo of Joe & Phil accepting the award for winning this! 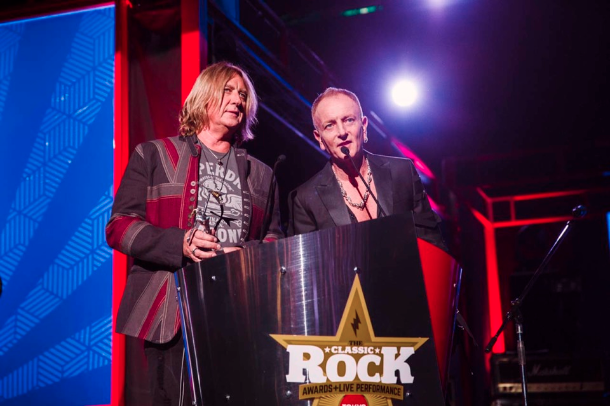 We are excited to announce that our brand new concert film AND THERE WILL BE A NEXT TIME – LIVE FROM DETROIT will be released everywhere on 10 February 2017.

By pre-ordering you will receive instant downloads of “Dangerous” and “Rock On”, as well as unlock exclusive content including band and crew personal videos and more to give fans insight on what it takes to put on a Def Leppard concert.

Filmed at the DTE Energy Music Theatre in Clarkston, MI on July 15, 2016, And There Will Be A Next Time – Live From Detroit is an incredible showcase that captures the electrifying energy and power of Def Leppard live today.

Thought we would share with our fans what is left of the Wapentake Club in Sheffield.  We played some of our earliest gigs at The Wapentake in 1979 … we also played there acoustically on the VAULT promo tour ….. This is the final hours of the Wapentake. Leppard painting clearly visible on the wall. Another piece of Sheffield rock history gone.” – Joe Elliott .    Photo by: Andy Smith 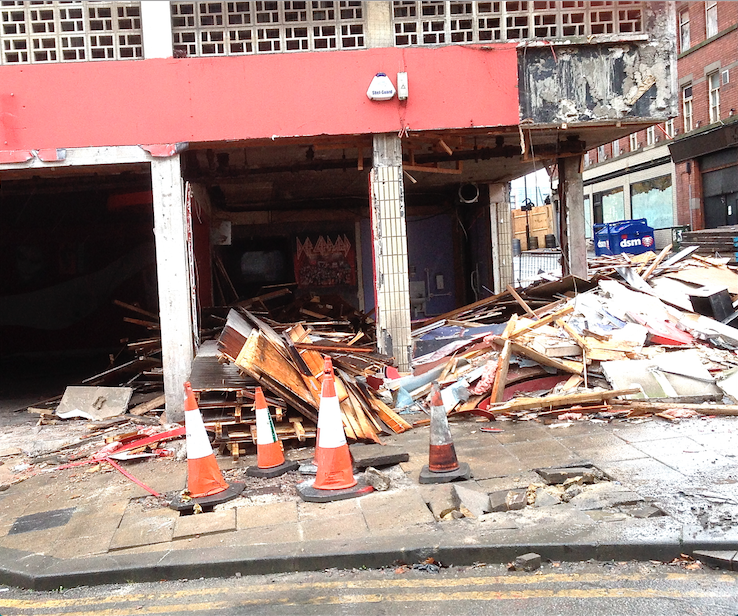 Here is a photos of the DEF LEPPARD playing there on 5 October 1995 for a special acoustic show!

What Joe Elliott keeps in his shed, and other rock’n’roll revelations.  Check out this fun Q&A w/ TeamRock.com HERE

Joe & Phil will special guest at this years Classic Rock Awards on 11 November in Tokyo!

Other special guest include Jeff Beck, Jimmy Page, Joe Walsh (Eagles), Kirk Hammett (Metallica), Richie Sambora, amongst others..  THANKS to all of our fans who voted for DEF LEPPARD in the “album of the year” category. Cheers!

For ticket info and all details go HERE

Today we’re wishing our very own “Thunder God” Rick Allen a very happy birthday!  Wish him a great day on our Facebook, Twitter, or Instagram channels! 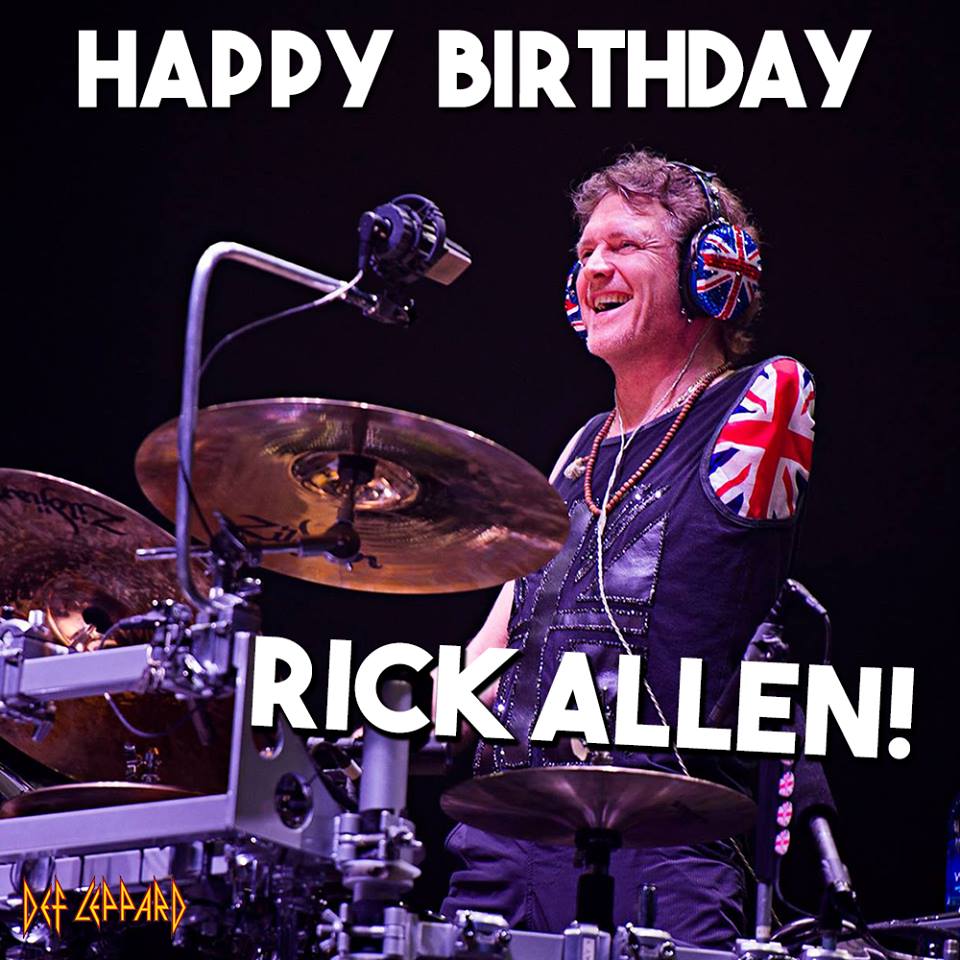 New audio interview with Vivian discussing the formation and making of the debut Last in Line album.  He also discusses the creative differences and approaches between Last In Line, Def Leppard and several of the other bands that he has worked with over his career, along with perhaps one of the best takes on how the music industry has changed over the years, and how the classic guitar solo for “Rainbow In The Dark” came about.  Listen now!