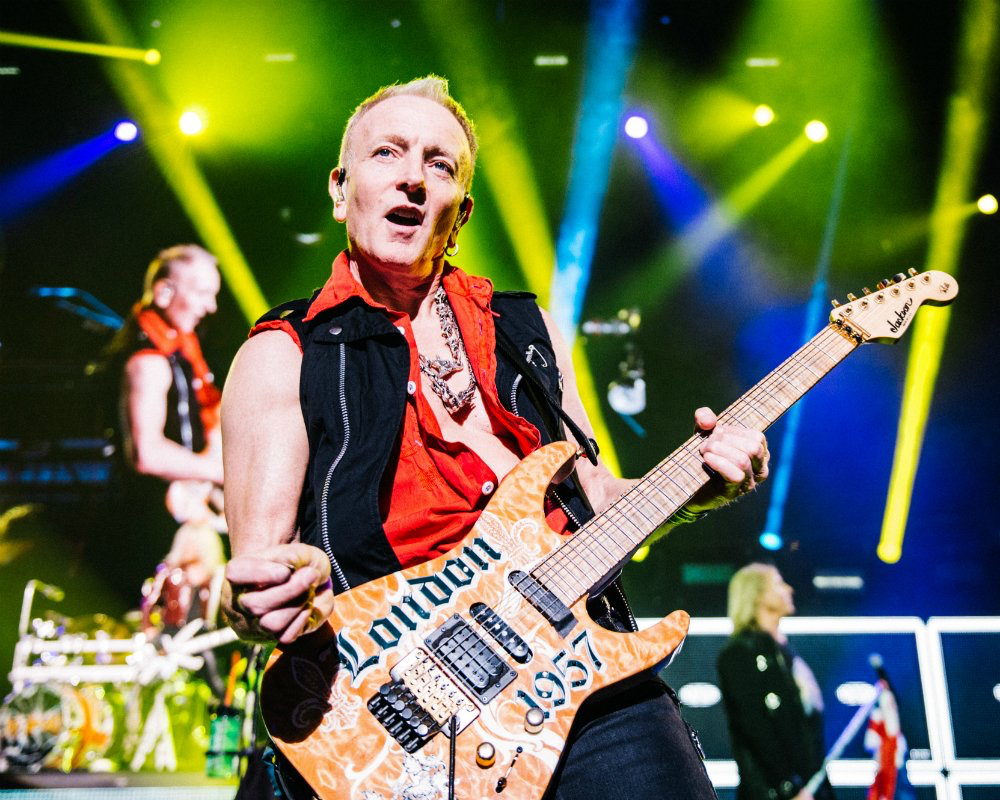 If you were a 15 year-old in the audience when Def Leppard last played in Hawaii, you’d be 50 now. After three and half decades, with multiple music trends and fads having come and gone, the venerable rockers are still going, and are returning to the same place they performed a pair of shows in September 1983. Ahead of Blaisdell Arena concerts this Friday and Saturday night, HPR All Things Considered Host Dave Lawrence spoke with two key members of the group that, since their first visit to the Aloha State, have sold over 100 million albums, and plan to play one of them, the 25-million copy selling Hysteria, in its entirety while here. Today it’s the first of those guests: Def Leppard guitarist and backing vocalist Phil Collen.